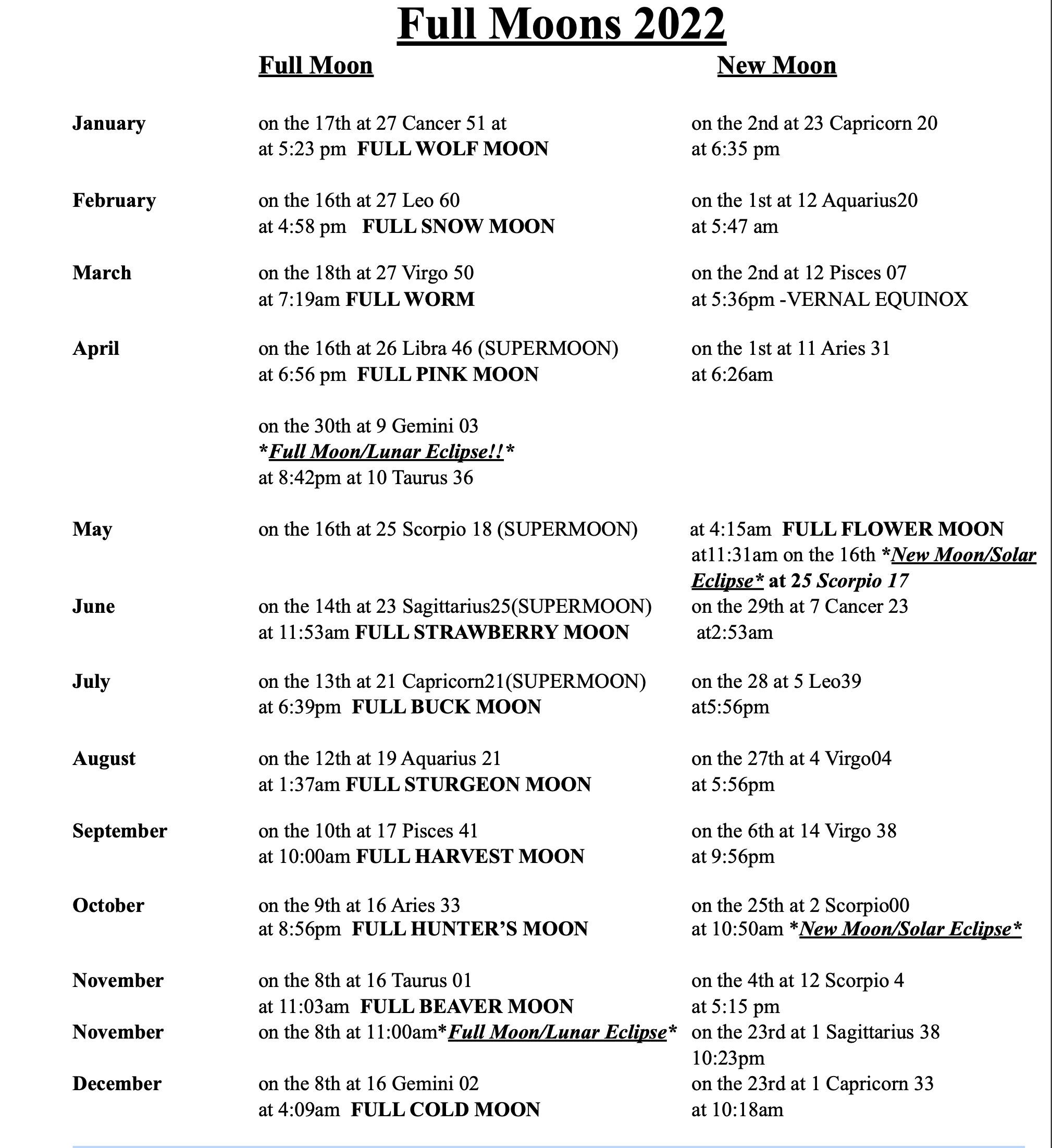 SUPERMOONS AND NEXT BLUE MOON: The Sky watchers have a lot to look forward to in 2022, with four super moons,” one blue moon and two lunar eclipses all taking place during the new year. Astronomy experts say the three supermoons — be slightly big full moons that appear to be slightly bigger and brighter than a typical full because of their closer orbit to Earth — will be rising in the sky during consecutive months: April, May, June and July. BLUE MOONS are defined as either the second of two Full Moons in month or the third of four Full Moons in a Calendar Season. The former appeared on Halloween night last year, and the latter will appear on August 22 this year.

Harvest Moon A Harvest Moon is no ordinary Full Moon; it behaves in a special way. Throughout the year the Moon generally rises about 50 minutes later each day. Near the autumn equinox the day-to-day difference in the local time of moonrise is only 30 minutes. That comes in handy for northern farmers who are working long days to harvest their crops before autumn. The extra dose of lighting afforded by the Full Moon is what gives the Harvest Moon its name.